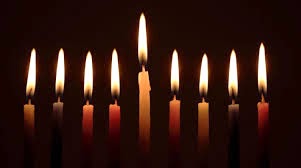 This is the Ritual:  Bowing during the morning blessings.
I used to refuse to bend my knee
and bow
during the Morning Blessings.
Baruch Atah Etcetera
Thank you for Etecetera….
Who was I bowing to?
A male king?
That’s not God.
Screw that.

But then I thought,
What if I bowed anyway?
What would that feel like?
So I tried it for a month.
As an interesting experiment,
I bowed deeply for a month.

This is the Ritual:  Wearing a tallit.
I never wore  a tallis during the Shabbat morning service
When I was little.
It’s cause I was a girl,
Girls didn’t do that.
I sat next to my Daddy in services and played with his tallis fringes
But they were his, not mine, never to be mine.
And anyway, do I even believe in the kind of God who would care?
How dare you tell me how to be a Jew!!
And anyway, navy blue stripes, so boring.
So screw that

But then I thought,
What if I wore a tallis anyway?
What would it feel like?
So I wore it for a month,
As an interesting experiment.
And
I felt dramatic and self-aggrandizing, very look-at-me.
And then one day, kind of without warning,
Each time I put on my tallit I found there was a reason.

This is the Ritual:  Wearing a kippah.
I sometimes wore a yarmulke when I was young,
The flimsy lacy kind,
Stuck on with a bobby pin,
A trivial thing,
A girly affectation,
Stupid.
A real kippah was for boys,
It fit their short hair.
But it flattened my lovely curls
So screw that.

This is the Ritual:  Lighting the candles on Hanukkah
I loved Hanukkah when I was young:
Eight days of presents, what’s not to like?
But then I grew up.
I lived alone.
Who was I lighting the candles for, not me,
I didn’t care.
The Chanukah menorah was for families
And I don’t have children.
And it’s a fire hazard!
So screw that.

But then I thought
What if I did the hanukkiah thing anyway?
What would it feel like?
So one year I lit the candles every night, for eight nights,
As an interesting experiment.

These are the rituals:

When I need something bigger than myself,
I bow.

When I need to separate myself from the mundane but not my community,
I wrap myself in my tallit.

When I need to place myself in kesher, in connection,
I put on my hat of holiness, my kippah.

When I need to see in the darkest of times,
I light candles.

Brucha At Achat,
Baruch Atah Echad,
Bless the One-ness,
Giving us the ability to encircle time and space with meaning.
Amen.

This is a sample box, with some sample content in it.